Oof, this status update is a bit late. Not sure why I’ve been postponing writing it, but it’s probably because I spent most of the month doing consulting work instead of open source stuff.

Some of the issues on our gitlab project mentioned the notifications page: missing pagination, overlapping buttons on mobile, notifications not firing on certain conditions. I started tackling these and ended up rewriting the whole page and system. This is what it looked like before: 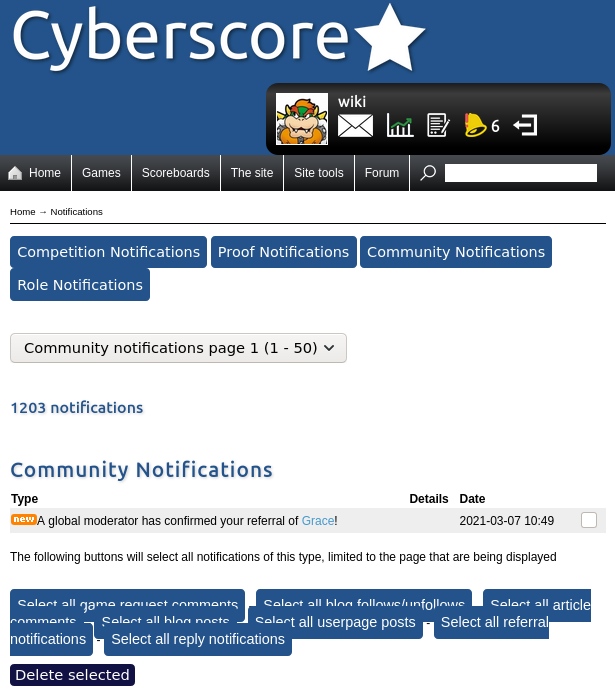 And this is the new notifications page: 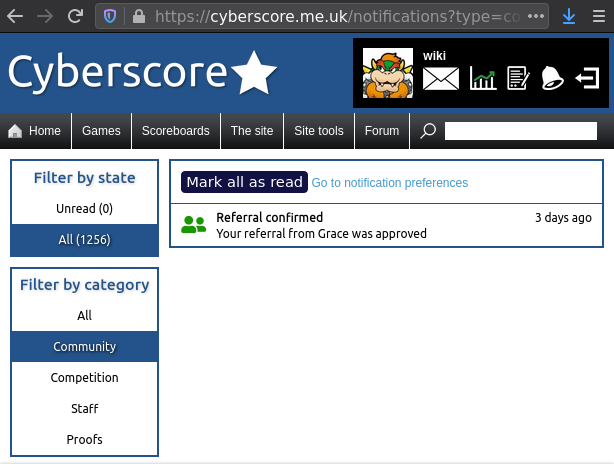 Besides the UI rewrite, I also changed the internals. The linked information was stored in arbitrary fields like chart_id, even if they were user ids or game ids. This was confusing and prevented us from creating foreign keys, so I added some more columns to the table.

I also rewrote the game chart page. This page still requires some work, because in some games it’s way too wide for mobile, but here’s an example of how it looks like now:

I also fixed a bunch of small bugs. The issue tracker is now under 100 issues! We also closed a bunch of old features that we probably won’t tackle anytime soon, so we’re down to 86 issues.

I’m currently working on ensuring that the scoreboards are correctly calculated. There were some bugs that causes scoreboards inconsistencies between different pages.

I also improved the time to rebuild the caches (again). I had worked on optimizing the game scoreboard caches, but this time went even further. These are the current times:

This means we can do a full site rebuild in less than 20 minutes, while before it took hours. I’ll probably issue a full rebuild this week, since there are some charts that are probably using an old formula.

I did some maintainer work on this, but nothing big. Mostly readme updates and reviewing existing PRs:

There’s currently some discussion going on regarding the structure of the container repository, and whether or not it should be merged with the backend repo:

I had to spend some time in February fixing bugs and deploying this to production. It’s now over.

I started working on this during February. I wrote a small post on my experience setting up the development environment, and I have a template kind of working at https://github.com/trustfractal/ink-upgrade-template. This week I’ll start cleaning it up, figure out how to handle authorization and write a post on how to add upgradeability to your ink! contract, with all the caveats.