Having finished moving, I was able to focus on my tech things again. I worked a lot on cyberscore, and I think I accidentally became part of the development team of F-Zero Central.

After last month’s hack, I started rewriting the website, decoupling the scoreboards from the phpbb codebase. I wrote a blog post on the differences between Cyberscore and F-Zero Central if you’re looking for more information on that.

For now, everything is read only and there’s no forum, but at least there’s something online: F-Zero Central.

I’m currently working on adding login support. I’d like to enable submitting scores ASAP to get people using the website again. Since this codebase was written mostly from scratch, it can probably be open sourced without any fears of leaking hardcoded passwords or exposing a bunch of vulnerabilities.

After getting something online in FZC, I felt more comfortable working on Cyberscore again. I rewrote some more pages and deleted a bunch of code:

Most of the deletions come from the rewritten comment system. It had 6 nested loops with a bunch of duplicated markdown in each of them just so we could render six levels of replies. Then, the whole thing was copy pasted around everywhere we had comments (user profiles, news articles, blog posts, game requests).

I also deleted some developer tools like a builtin SQL explorer. It was useful sometimes, but it was thanks to that that the whole database got deleted, the last time. I don’t think these tools belong in a codebase in this state.

I’ve also improved the mobile experience. The header and footer of every page are now responsive, and the homepage was also redesigned.

As for the plans to open source this codebase, I’m pretty confident that there are a bunch of vulnerabilities on the website — SQL injection, mass assignment-like problems, missing authorization checks, etc — that I was trying to fix before releasing the code, but there’s still so much to go. I’ve converted around 8k lines of code, but the /public/ directory still has 22k lines that need converting.

Now that I’ve moved to a new apartment, I’ve started using my desktop computers again. I don’t want to deal with wifi for these devices, so I needed to get some ethernet cables. Instead of getting a bunch of different sized ones, I got a 25 meter one and started crimping some custom cables. 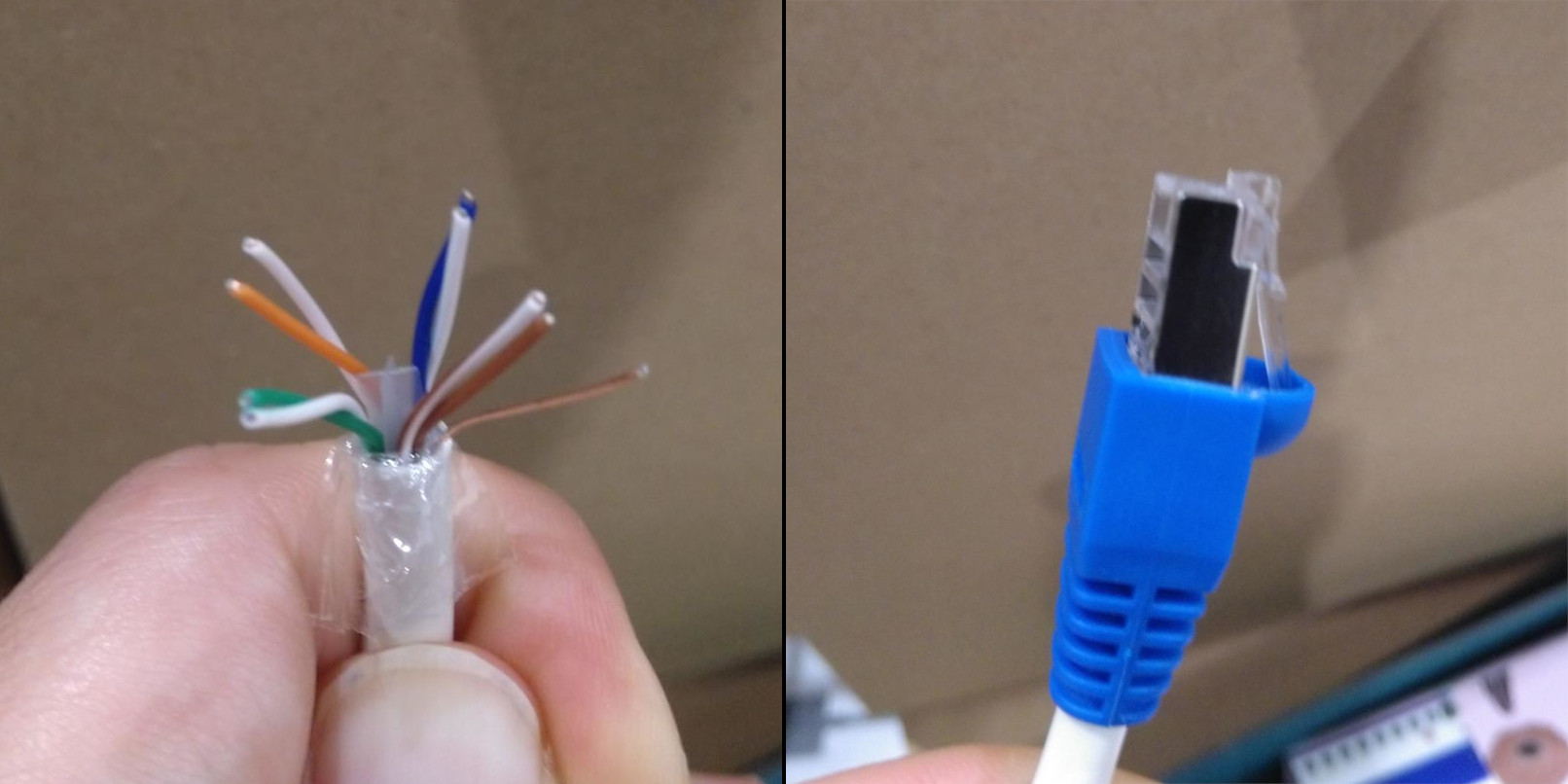 It was the first time I did this, so it took me a while to get used to it. I used iperf to make sure that the cable was working OK. Not sure what else to test tbh, if the bandwidth is close to gigabit, I guess it’s fine?

I’ve also installed a pair of shucked 12TB hard drives that I bought a year ago (before the price hike, thankfully). The only disks that I tended to encrypt were the main OS ones, not the extra ones where I keep random files. I’m currently changing this and encrypting every hard disk I have. It’s a whole process, because I have to move files around so I can scrub and reformat every disk.

Another thing I started doing was running syncthing on my phone and on my desktop, so I could sync the pictures I take there automatically. I’ve set the desktop folder to be receive only and to ignore deletions, so I can free space from my phone knowing that I have a copy of the pictures somewhere else.

I have a second computer around that I used to use for backups, but it was shutdown for a couple of years. I finally managed to turn it back on again and update everything. I had to ship the debian GPG keys from my laptop there, it was so old that the keys it had were expired. I’m looking into installing restic on it so I can automate offsite backups of Cyberscore and F-Zero Central.